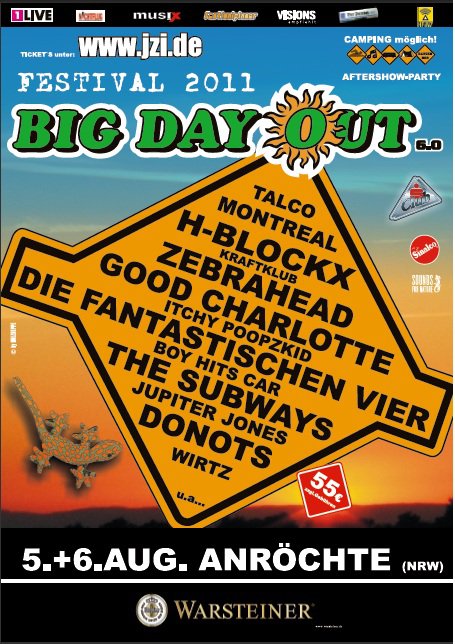 Hey Guys and Gals.  When we are done recording the new album here in Southern Cali we will be hitting the road for some shows and festival appearances.  The first one to be announced is the “Big Day Out” Festival in Germany on August 5th.  More dates to be announced soon!