Hey guys.  We play in Stuttgart, Germany tonight and it is the last show of the tour for us.  It has been AMAZING.  So thank you in advance.  We head home to finish writing songs for the new record and start recording early next year.  Hells Yeah!!!!

Hello Vienna!  Be careful coming to the show tonight.  It is snowing very very hard out there.  I really like it!  Being from california we don’t get to see this that often. 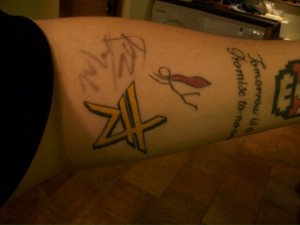 Hey guys.  we are in Switzerland today.  Tour has been absolutely amazing and fun as hell.  If anyone feels festive and wants to dress up as a turkey for us or bring turkey sandwiches we would love the party!

Man this really must have hurt????…  Looks good!

Good News Ladies and Gents! There is now an iphone app for zebrahead.Open the following link on your iphone now www.bandapp.com/zebrahead

Rumor has it a version for Android and Blackberry is also almost ready!

Just found these on facebook.  Some cool new tattoos. 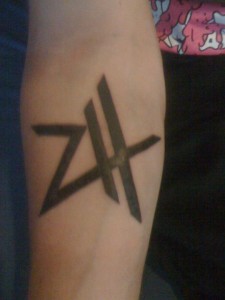 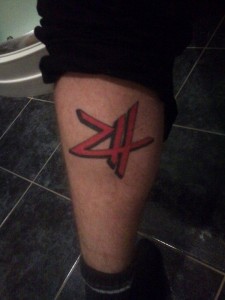 Hey Guys.  Here is a new cover of “Postcards from Hell” done by our good friends Jen & Vince.  Check it out.  The amount of imagination is incredible!

Hey guys.  Before the show in London, Ed broke his wrist.  But due to him being amazingly tough and the invention of duct tape, he is tapping it up and toughing it out.  So when u see him pat him on the back and let him know how amazing it is that he is still playing.  Duct tape does wonders!

On another note it was our Tour Managers B Day last night.  He pissed himself and lost all his clothes.  It was HORRIBLE and AMAZING at the same time.

Thanks Oxford and Norwich!  Fun as hell.  Good morning Birmingham.  Lets do this!

THEN OFF TO MAINLAND EUROPE!!!